So if you’ve watched this video and this one, you would have some idea of how our time in Brazil was spent. Since being in the US, we’ve had some time to reflect on our two-and-a-bit month stay in Floripa and Rio.

As mentioned in the videos, we volunteered at a community called Rosemary, with about 20 people from all different countries in order to help these two Israeli crazy cats build their dream; to create a beautiful centre where people can come, detach from their previous lives and focus on their mind, body, soul and nature!

Whilst living there, we lived how future guests would live. Waking up early, doing some sort of activity before breakfast (walking/running/swimming/reading/dancing/writing/yoga/mediation and more) then doing our volunteering job. My job was to create and paint the signs that would be directing everyone around the huge property.

Even though I was working alone, it was such a fun job to be in my zone painting! We would then eat lunch and have 3-4 hours to ourselves before dinner. In this time we would go to the beach, chat, relax, hike, have a cheeky caipi (caipirinha) on the beach, go to the cafe, eat acai bowls, sometimes a cake or two and just enjoy the day. Then we’d all come back for dinner, eat together and then sometimes do an activity after or someone would present on something they wanted to share, or not and then bed time!

The meals were all prepared by one person, the ‘bombeiro’, on a rotating shift and they were in charge of all the meals for that day. This meant waking up earlier, preparing breakfast then going to the fruit and veg shop and then preparing lunch and dinner. All of the meals were sugar-free, dairy-free, gluten-free, no added salt in cooking and meat free although every now and then a fisherman would give us a massive fish to share and we would eat eggs sometimes so it wasn’t fully ‘vegan’.

I have never had a problem eating vegetarian meals unlike Kel haha and before this trip he really felt that he needed meat in lunch/dinner or else he wouldn’t feel ‘full’ or that it wasn’t a proper meal. After we went to Nepal and lived with the Kulung family (read more here) and ate their food which was vegetarian, that was a huge deal for Kel and he loved it!

Spending two months in Floripa in this community, however, was more of a long term change. Now we didn’t fully stick to this new way of eating as we would often get a sneaky sugary treat from the bakery and some of us did go to an all you can eat pizza restaurant a few times haha but the fact is  what we were eating was just so DELICIOUS! It really made me feel that eating this way is 100% possible but whilst we were there we didn’t recognise any big changes in our body with the new diet (I did lose some weight which was definitely due to the food which was great!) That wasn’t until we went to Rio and stayed with our friend and his family and ate with them: meat again, food that was salty and eating bread again too, my gosh. There was such a contrast! Our bodies felt sluggish, I guess from having to struggle to digest meat again as well as the bread. We just didn’t feel as light as we did. To be honest, we were actually a bit shocked at the huge contrast and decided that we would try to keep up the diet and that when we cook for ourselves, that we’d go with the ‘Rosemary way’ and that if we were being taken out or eating with others, we wouldn’t be fussy.

One reason in particular that I loved eating this way was the massive reduction in garbage!!! Food scraps would just go to the compost and because we had bulk sacks of oats/rice, we hardly used any plastic wrappers. On the average week, we’d fill one normal home-sized rubbish bin, and that was for about 20 people!!!! It’s nice to know that our waste output was drastically less. Although our human waste definitely increased hahaha.

Another thing at Rosemary that was really beneficial was goal setting. Every Monday morning we would have to come up with some goals of what we wanted to achieve that week. This ranged from goals for the project i.e. completing 10 signs and personal goals as well i.e. studying Portuguese an hour a day or going for a 20 min run a day, but it could’ve been anything.

My parents have always spoken about the necessity for goal setting – short and long term, and to me, when I was younger, it was just SO annoying to hear about them nagging on about goals!!! Sorry Mum and Dad. Yes, now I appreciate it. Yes, you said one day I’d be thankful. Hahaha. But being there, being encouraged to do it with everyone, really showed me how good it actually is in setting your mind up. Even if it’s just having a list of things you want done for the week, and you know them in your head, there’s something about writing them down and being able to cross them off. It has also been scientifically proven! I thought the statistic was higher but “people with written goals are 50% more likely to achieve than people without goals”. I thought I’d just add that it’s no use just writing down huge big goals that seem so unattainable but to have little specific goals which can be measured and have a time limit. When Kel and I decided to travel and start saving hard, we had a specific date in mind of when we wanted to leave. So much so we bought our flight ticket on this date. Choosing this specific date meant that we couldn’t just push it back further a few months, another year or two. We were going! And we had to make it work whatever happened!

Another thing was to share those goals with people. This made you accountable and people could ask/encourage you to achieve those goals. Just as an example, one week Kel’s goal was to eat less cake hahaha and since everyone knew that, some people came up with an idea to all put in money and make healthy-ingredient cakes. He did well that week but to celebrate, he ate cake haha.

Anyway you get the idea!

Apart from seeing beautiful scenery, the main thing that makes me fall in love with travelling all over again and keeps me going for wanting more is the people we meet. People who are so talented, inspirational, make you think in different ways giving you different perspectives and who motivate you to follow your dreams, whatever they might be.

We spent some time in Rio with our friend Joao who we met when we were volunteering at a hostel in Seoul. What an inspiring guy! He grew up and lives with his mum and two sisters in a simple neighbourhood. His sisters work as a lawyer and a pharmacist. He works for Air France in a call centre and luckily for him he gets to be able to get on standby flights. This means that if there are seats free on a flight, he can pay anywhere from 15-100 euro for a flight! This can be a flight from Rio to Paris for example or London. He has travelled to so many countries using this method! So cheap! His goal is to travel and he just works out when to go, how to take holidays at the times when he can get more time off like if there’s a public holiday in the week only taking Monday and Tuesday off and then he can fly out Friday night and have 5 full days off. Even his co workers are jealous at how many trips he takes but really they could do it, he just works it out the best way! He also takes time out of his week to study French, German and Spanish (he is already fluent in English). This is all from his own motivation to learn these languages. These days it just seems every one is too busy to do anything or have hobbies apart from work but he is proof to me that if you have your own goal/motivation in mind, you can do it! He is very inspiring and is motivation for me to continue learning Spanish which is a goal of mine since we will be travelling through Spanish-speaking countries. Fortunately, there are quite a few similarities to French so I’m hoping it’s not a total struggle!

Here are some random photos from our time in Floripa. Excuse the quality -some were on my iPhone !! 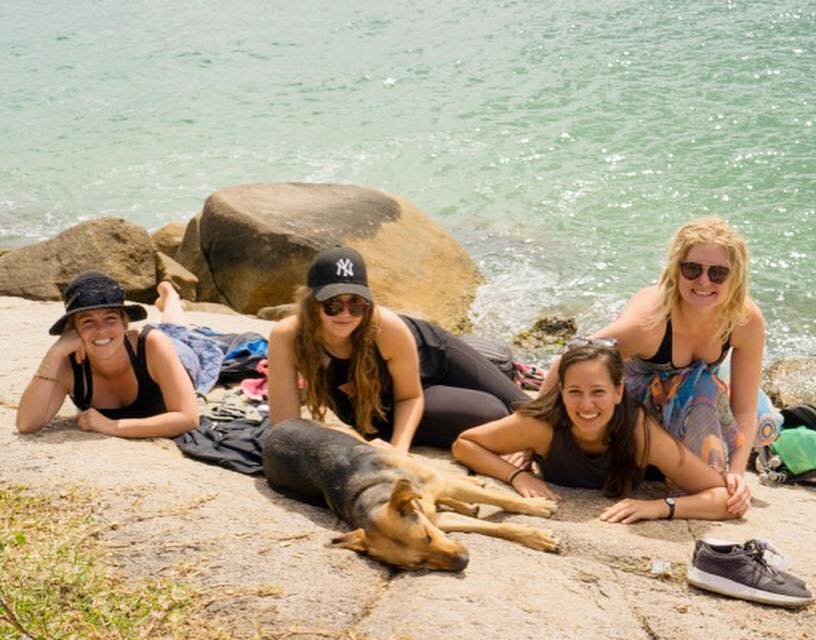 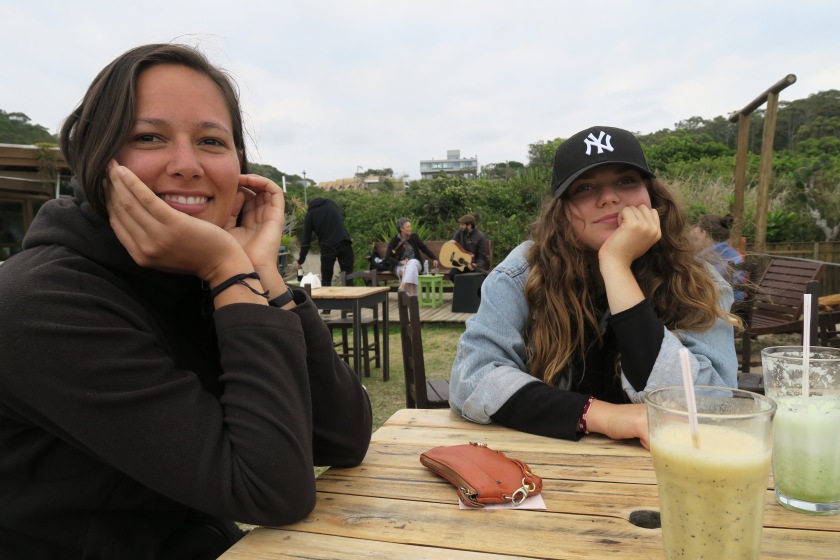 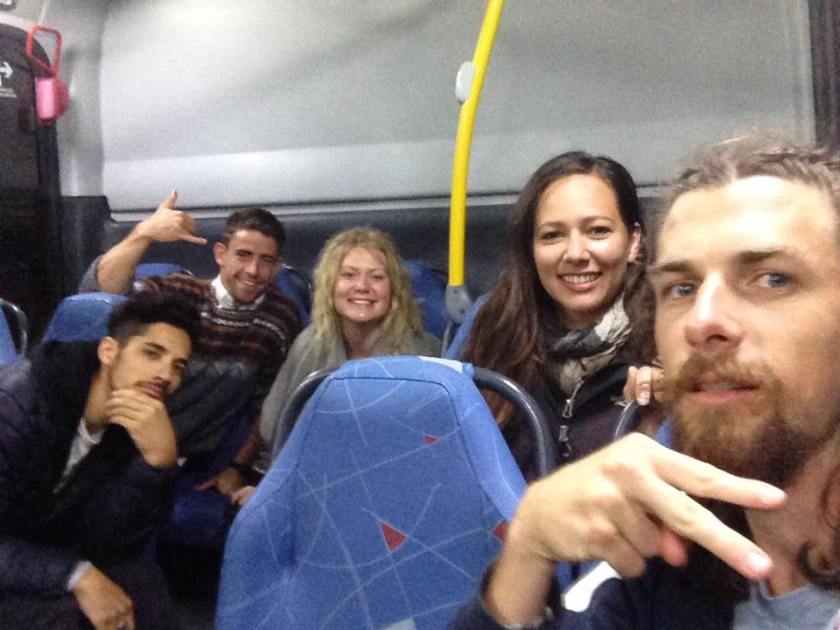 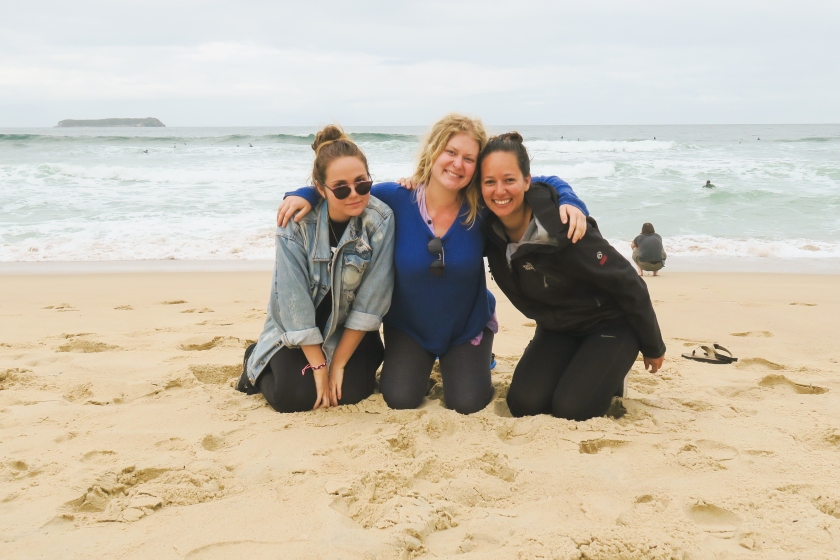 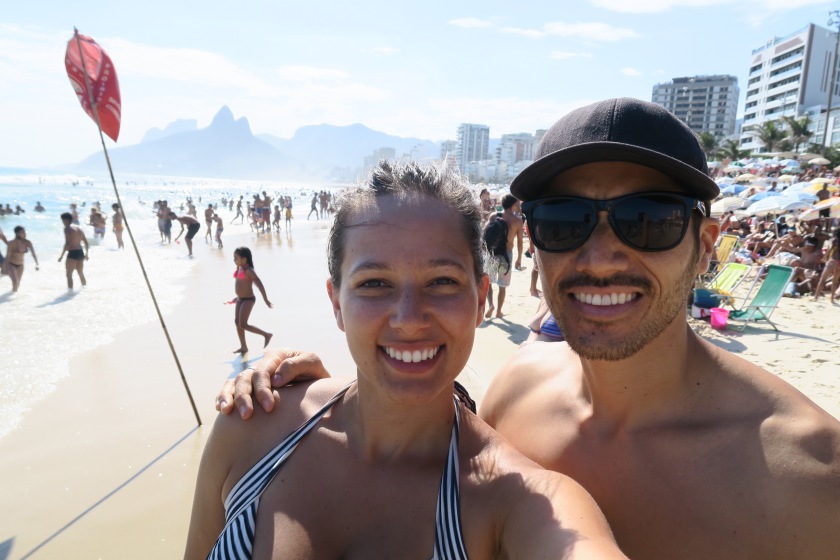 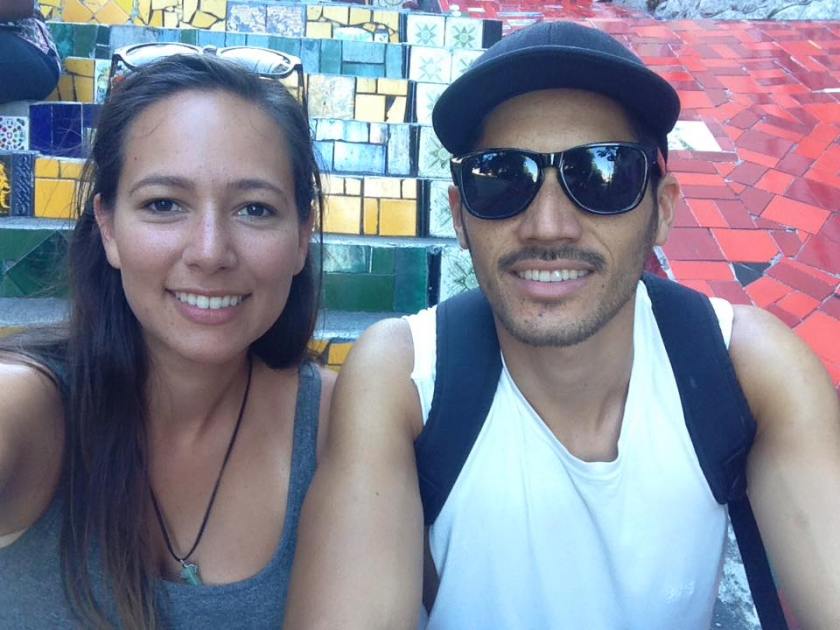