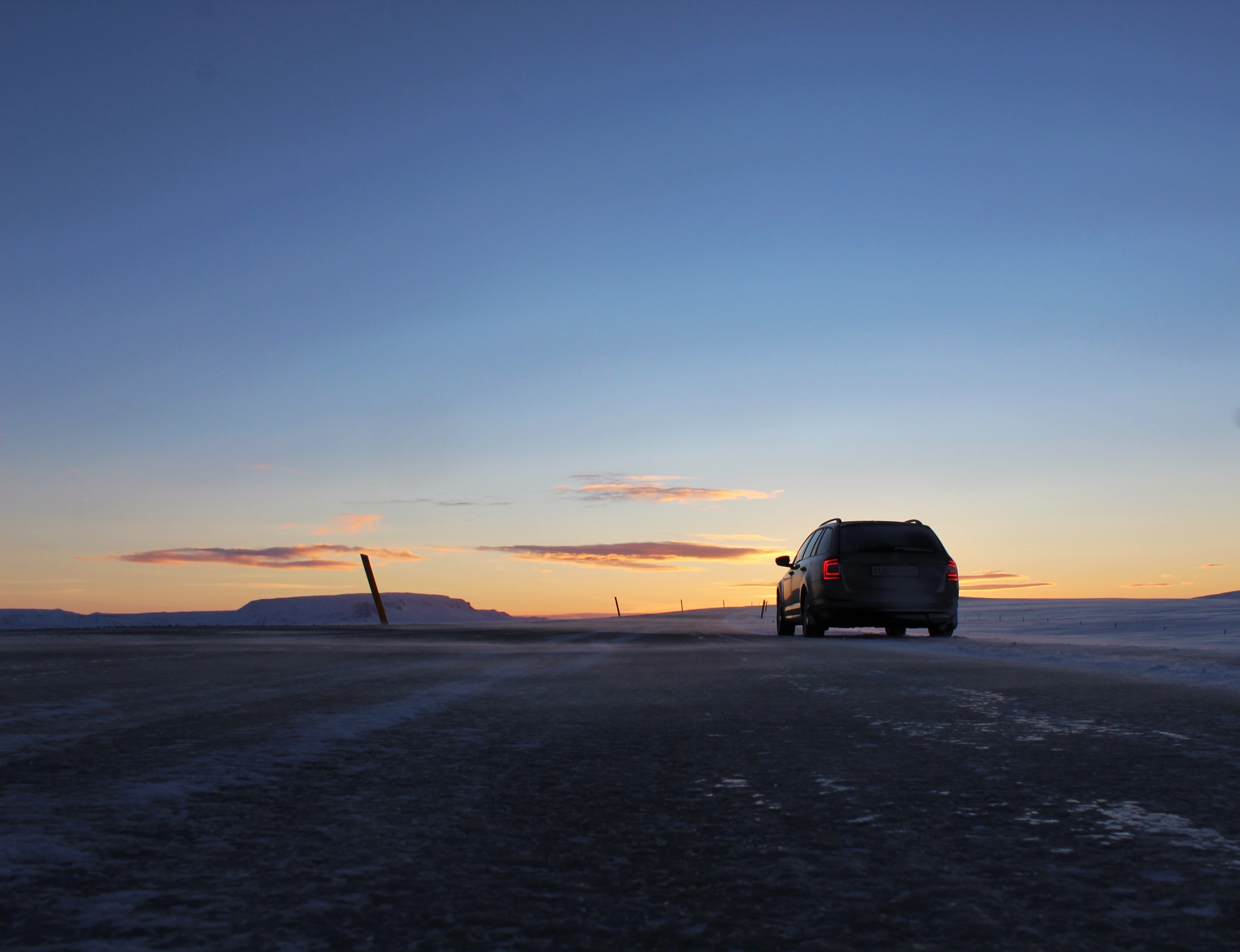 One of the things Eb and I fail to do, is update our blog regularly. It’s bad because when we arrive at a new destination, all the new things we’re confronted with end up becoming the norm and we forget to mention that stuff.  Eb has shared the first two blogs on Iceland with her thoughts but for me, well actually both of us, we REALLY wanted to come to Iceland, ever since we watched the movie – Mighty Ducks… nah, I’m just joking – The Secret Life of Walter Mitty. If you haven’t watched it yet, I strongly recommend that you do. That movie created major wanderlust for me. It was also used as a motivation tool, I guess you could say. When we were working and saving for our trip and times would get tough, I’d watch that movie or listen to the soundtrack from that movie and get motivated again. So go watch it!

If I could sum up Iceland in one word, it would be NATURE. In ways it’s similar to the Faroe Islands, but also very different. Our introduction to Iceland was second to none. Waking up on the ferry, then going on deck (and it’s just the two of us) to find that we’re cruising in a fjord with these massive boppers surrounding us and they’re covered in snow. It was the best introduction!

Neskaupstadur, the town we live in is small but so beautiful. Every day I try to remind myself to take a GOOD look out at the fjord and just soak it in. Because like I said before, we see these landscapes every day so it ends up becoming the norm and I don’t want to take it for granted. I like to think of when I was back in Sydney. If I ever wanted a bit of nature vibe, Eb and I would drive to Terry hills and go for bush walks or go to the Palm Beach lighthouse which was 30 – 40 mins away from us, whereas here it’s right in front of us. Eb mentioned in the earlier post that the people here are very nice and I’d agree with that. The people we are working for at the hotel have welcomed us with open arms and we had a great Christmas with them. It was so good to finally experience my first white Christmas.

Over Christmas and New Years, the hotel was closing for a couple of days and luckily the hotel gave us volunteers those days off. That called for a road trip. Two of the volunteers here, Andy and Jacob, are big Star Wars fans and had been waiting to see the new movie. The nearest cinemas are 350kms away in Akureyri, the second largest town in Iceland. So we hired a car and rented a place on Air B&B in the centre of Akureyri.

We couldn’t leave on the day that we had planned to, because a big storm had hit the East Coast, at least in Neskaupstadur. To be honest, it just felt like Faroe Islands’ weather but with the roads being very icy, we decided to leave the next day, and also because our rental car wasn’t able to get to our town because the tunnel that goes through the mountain to the other side was closed. It was a good call because that morning there had been flooding of the old folks’ home so the hotel staff and volunteers went over to help and assist.

The next morning we left at 8:30am to get a good start to the day and also so we could see the landscapes of Iceland during daylight. I was the driver for the whole trip because my credit card was put down for the car but I was also the one with zero experience driving in the snow/icy roads, but I’m always down for giving anything a red hot go. Driving in these conditions reminded me of when my mates and I first got our licenses, we would put Mcdonalds trays under the tyres to make the car slide. The Icelandic guys at the hotel suggested that I don’t drive because I have zero experience but it was a piece of cake 😉 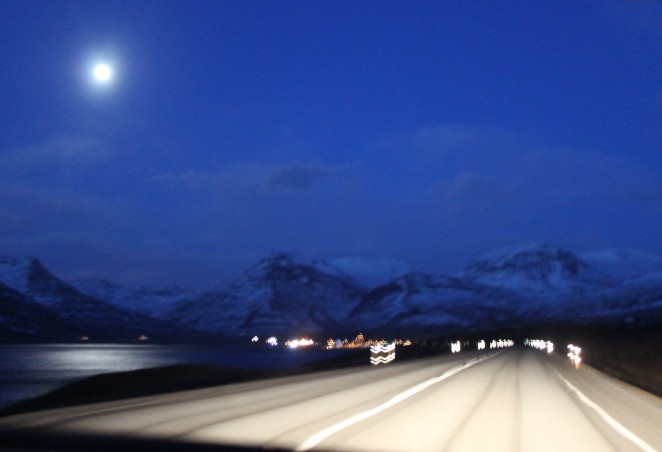 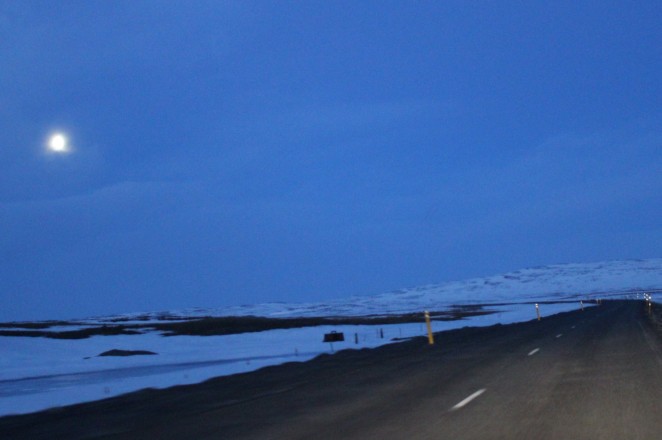 Akureryri is a nice little town. We all saw the new Star Wars movie in 3D at the cinemas which was nice to experience again. I don’t think Eb and I had been in a movie cinema since last January in Bangkok. We also had a day trip further north out towards Siglufjordur which was a pretty town. We got to see some really nice landscapes while driving. 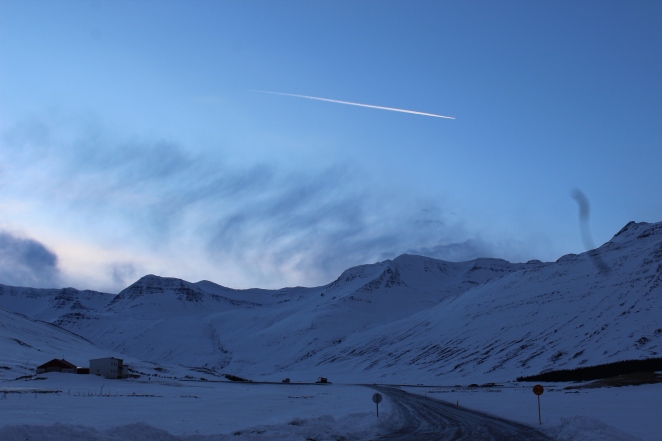 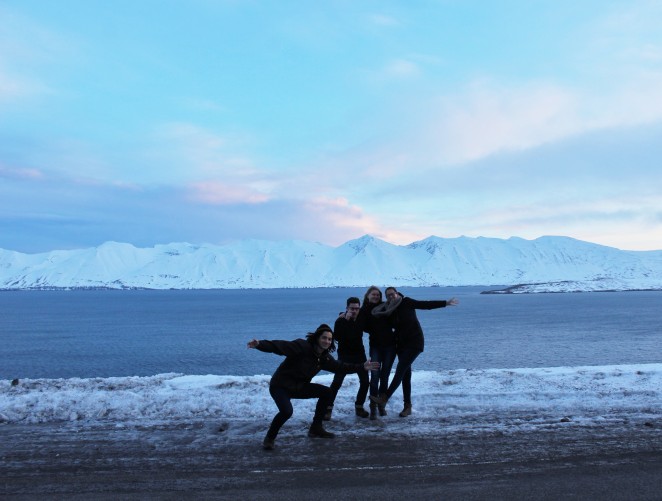 We celebrated New Years’ Eve having a couple of drinks at the apartment and then going up to the chapel which overlooked all of Akureyri as it went into 2016. That was a really cool moment for me and Eb. It just felt like an accomplishment sort of – like, what an awesome year we had. Then later on we went to the only club in Akureyri to cut some rug. We had to wait till 1:30am though, for the club to open. Icelanders celebrate New Year’s Eve as a family with dinner and then they go out with friends to party later.

The vibes in the car on the way back to Neskaupstadur were pretty low at first as there was low daylight and everyone was kind of in a dud mood but then there was an awesome moment, because it was the first time we had seen the sun! None of us could remember the last time we actually saw the sun. Even for me and Eb, the last time we actually saw the sun was in the earlier weeks we had in the Faroe Islands. It was almost like an emotional moment for all of us. You have to understand that we only have limited hours of day light. Day light doesn’t mean sun either, it just means lighter than dark. Even if the sun comes out we don’t actually have direct sight with it. So if you could imagine, we were driving and we had sunlight, but we didn’t actually see the sun, then all of a sudden, it popped up over a mountain peak. We were all shocked, surprised and excited. There were cheers, we all had smiling faces and I was even beeping the horn out of excitement. Then we pulled over and were doing our best to soak in it, which is rather difficult in minus temperature, so we just hopped back in the warm car. But it was a nice moment. The winds were strong that day and there was a dump of snow the night before which caused this awesome effect to happen on the road. The light pieces of snow would be blown all over the road, but very low to the ground. It gave this very trippy effect as if the car was hovering. It felt like we were driving on the highway to heaven, especially with the sun in front of us. It was a nice way to start the new year. 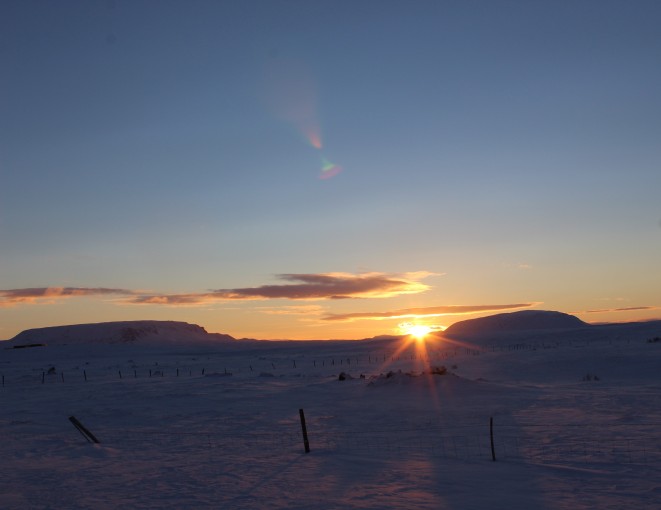 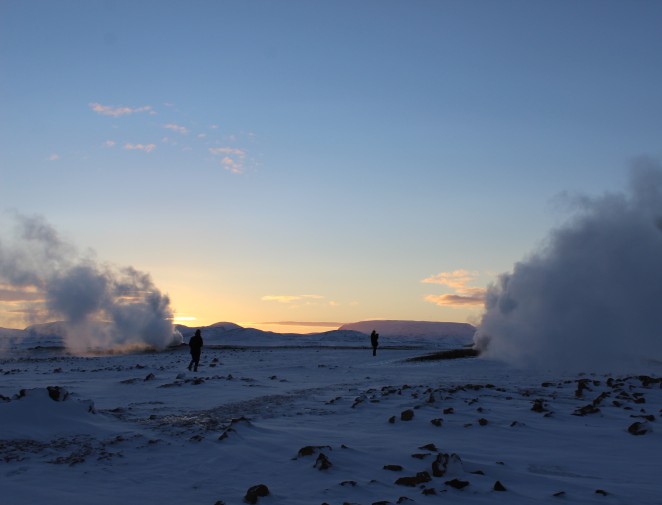 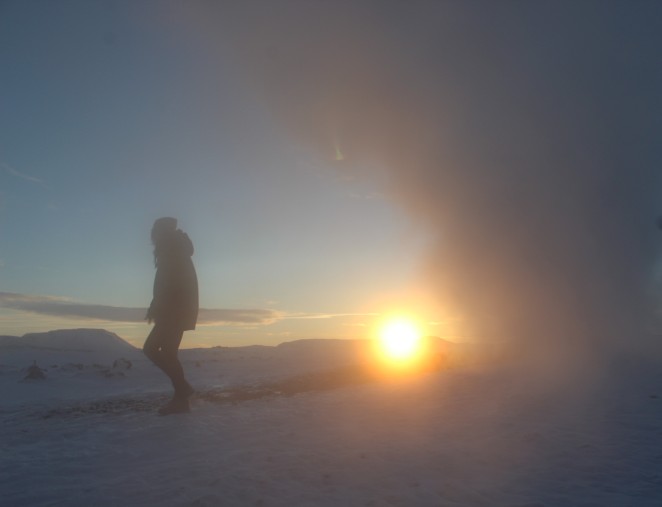 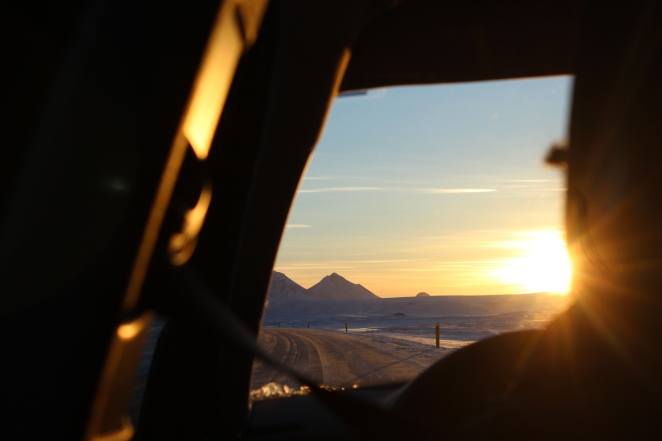 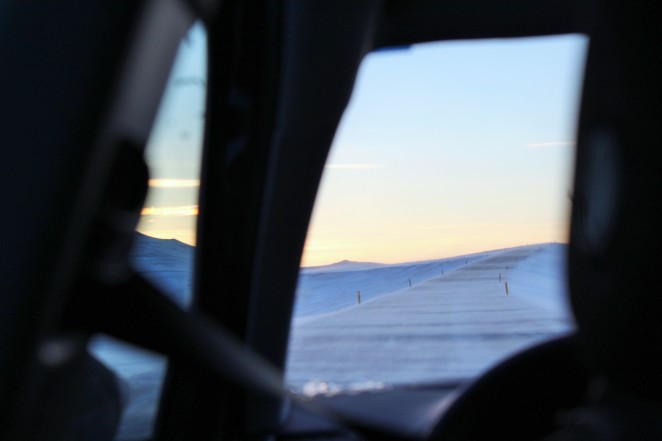 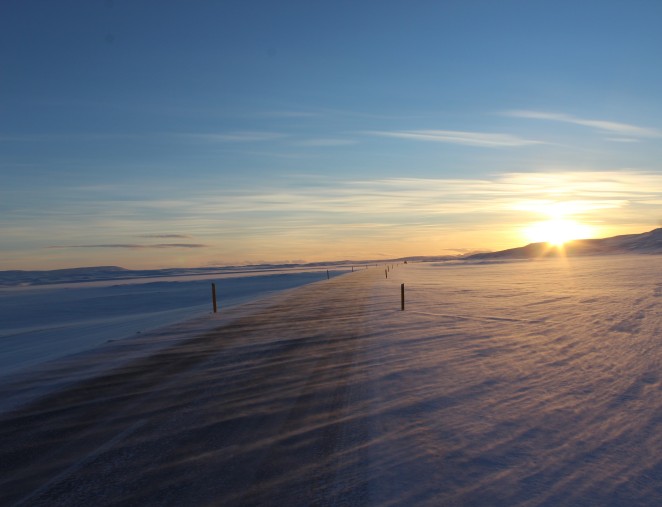