Yesterday, we left Ceshe at 6:45am to go into town to take a bus to the capital of Cambodia. It took about 7 hours and was the most bumpy and bouncy bus/motor vehicle ride ever!!! The distance between Siem Reap and Phnom Penh is around 300 kms and half the road is being constructed so basically half of our journey was traveling on dirt roads that were so dusty and full of pot holes! The best part of the trip, apart from arriving safely, was seeing the countryside. Picture vast flat land with palm trees here and there, grazing skinny cows and little wooden houses on stilts. 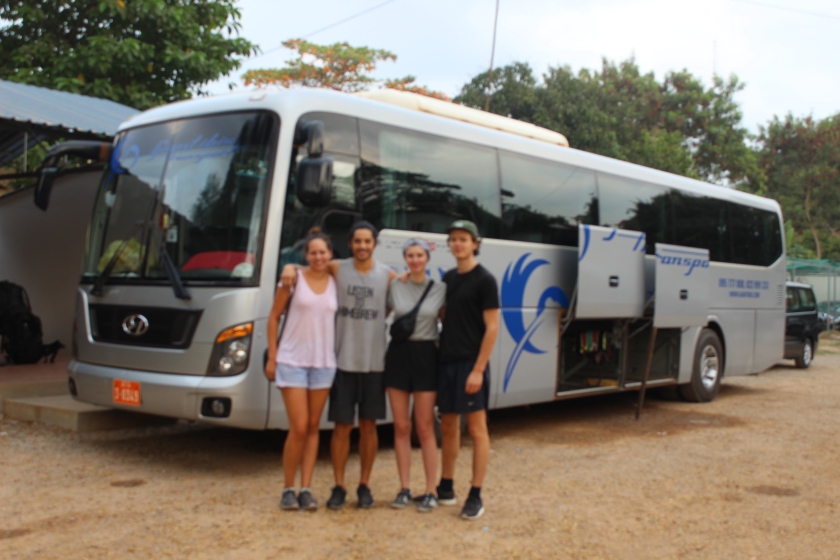 After the bumpy ride we arrived at the bus station in Phnom Penh and thanks to Jonas we got a free tuk tuk ride to our new home for 2 nights. We felt like we were staying in some fancy place even though it was a 10 bed dorm room. The wifi worked so well, air con in our room (!) and even a shower curtain separating the toilet from the shower head! Pure luxury haha. Compared to the volunteer house, that is. Another good thing to come from staying at Ceshe – everywhere else we stay is amazing!! Haha. We spent some time lying on our beds that had fresh sheets and made the most of the fast wifi before venturing out for dinner and then explored the night market.

Today was our first full day in Phnom Penh and it was a very sombre one. We took a trip to the Killing Fields. The ticket includes a free headset so everyone walks around the area in silence, listening to the devastating past. Around 20, 000 people were killed in this one area and 3 million out of 8 million people killed in all parts of Cambodia. Just unimaginable.

One of the worst parts was the ‘Killing Tree’. After the end of the Khmer Rouge, a lot of the skulls and bodies were dug up to try and identify who and how these Cambodians were killed. The area was previously used for farmland and upon digging up what a farmer thought was a potato was the skull of a baby… Upon observation of the big tree right next to the skull, blood, brains and hair of babies, children and adults were found on the tree. Polpot and his regime were heartless and one of his reasons for killing babies and children was something like ‘To kill a tree you must start at the roots’. 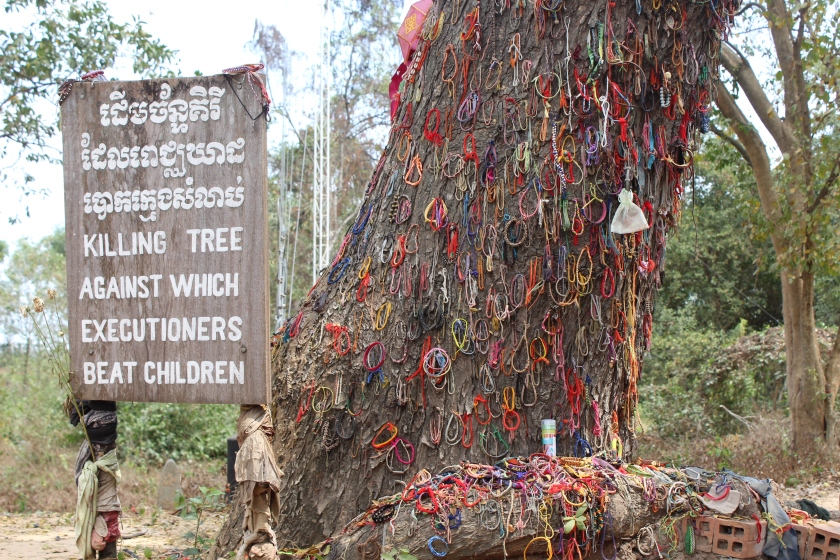 We then explored S-21 which was where prisoners were held and tortured. It was absolutely freaky walking around that area. Particularly building C which on the second floor had tiny prison cells made out of wood. When I walked through that part I was the only one on that level and I swear a few of the doors were creaking as if someone was moving them. It would definitely be haunted.

It is just unbelievable how these Cambodians were tortured and killed. To think human beings are capable of this is very scary. During the audio at the killing fields, the narrator who was a survivor of the genocide said we must learn about this to not let this happen again. Not only has there been loss of life but the psychological damage is as bad. The images that they can’t get out of their head… 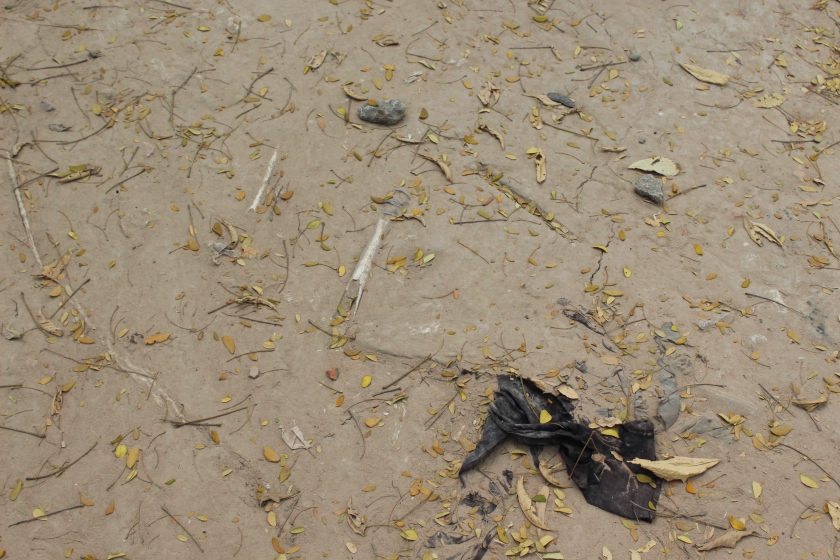