Where do I start? Today was the best day EVER! Let me tell you how it began for us….

5:45am the alarm went off and by 6:30am we were in the hotel foyer and Adul, our driver for the day, and Bow, our guide, were waiting to take us on our journey. After an hour and a half drive out of Bangkok, our first stop was the Damnoen Saduak Floating market. We had a half an hour canoe ride viewing the market stalls that line the canals, as well as checking out the people selling food and goods in canoes along the canal banks. First purchase was coconut pancakes for breakfast – so tasty!! 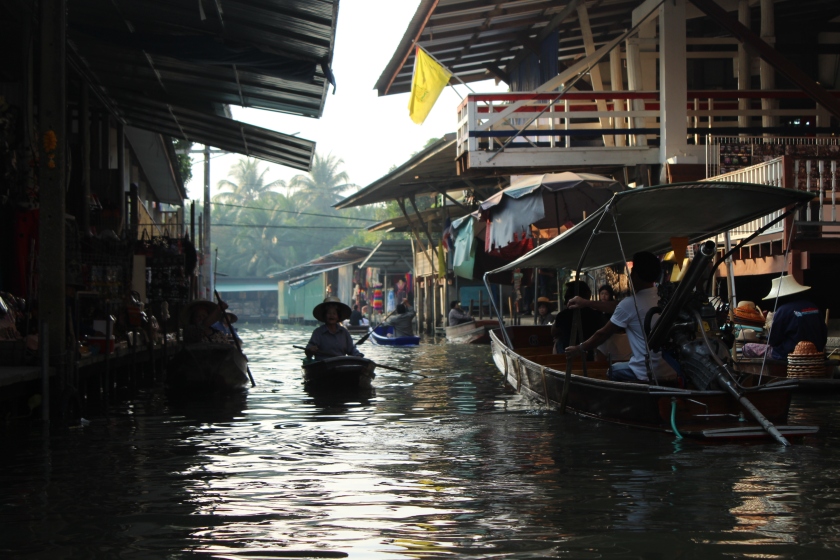 These markets were quite touristy and sold mainly wooden elephants and buddhas, spices, clothes, food and hats. Since we are on a budget and need to save room in our backpack, we were happy just looking at the stalls. However, the man who took us on our canoe ride would stop at stalls and the market sellers would ask – ‘you like?’, ‘you want good souvenir?’ to which we would reply ‘ oh no, ka buun kaa’ (not the right spelling but sounds like how you say it in the Thai language). This isn’t obviously want they want to hear. We then passed a lady selling hats in a canoe that was coming up to ours. Kellen spotted a traditional Thai hat usually worn by farmers. Everyone knows Kel’s love of hats so of course he tried it on which then created a bit of an ordeal!!!

This went on for quite a while and in the meantime I was facing the other way as I left Kel up to what he started haha. In the end he got the hat for 450 baht. Whenever we walked past Thai people they would look at Kel and make a (good) comment about his hat. It is funny though as Kel asked our driver, Adul, how much he would pay for his hat – to which he replied 100 baht!!!! This did not make Kel happy haha and he wants to go back and tell that woman off! That’s what you get for being a tourist!

After the canoe ride we walked around the markets some more and to our shock spotted two massive pythons! Kel started freaking out immediately haha. We ended up getting a picture with the yellow python which I know isn’t good as it is supporting the mistreatment of animals. It was definitely an experience.

It was nice to get out of the city of Bangkok to the mountainous region of Kanchanaburi. The next stop was the bridge over the River Kwai which was built in the second world war. This was a nice little tourist spot before our Thai buffet lunch right on the water. KEEP SCROLLING FOR MORE INFO ON OUR DAY 🙂 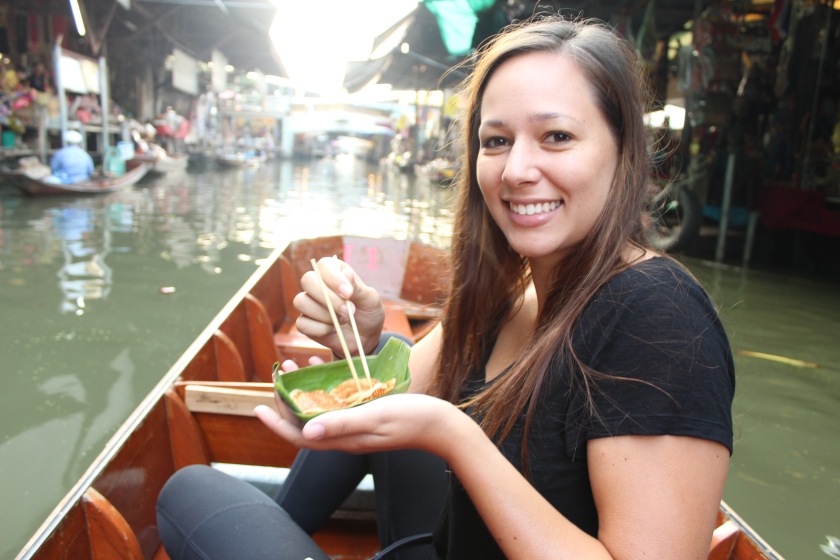 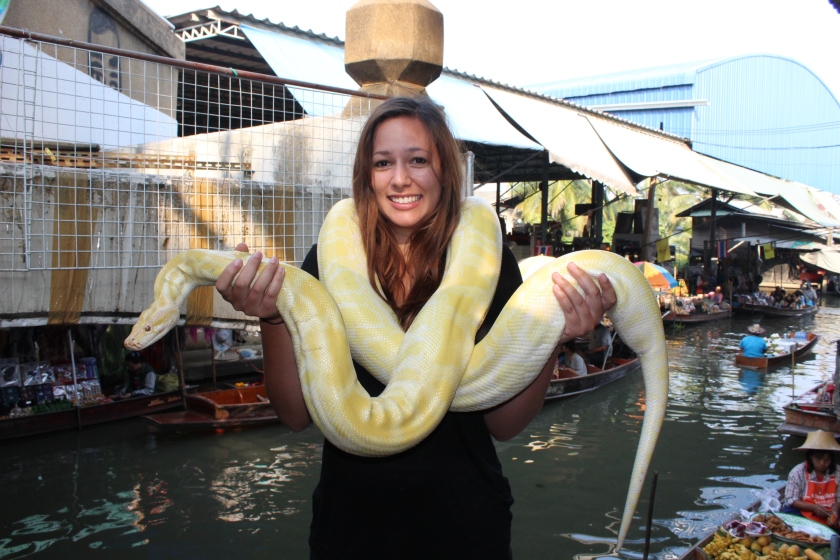 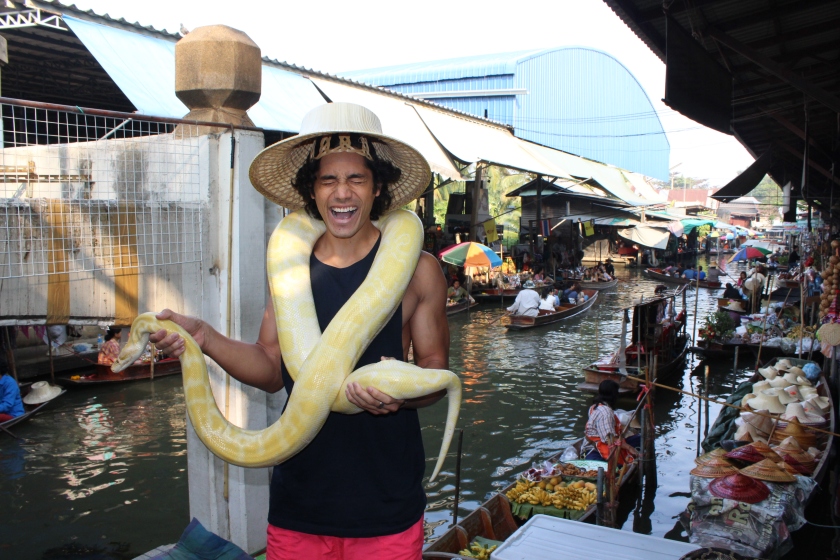 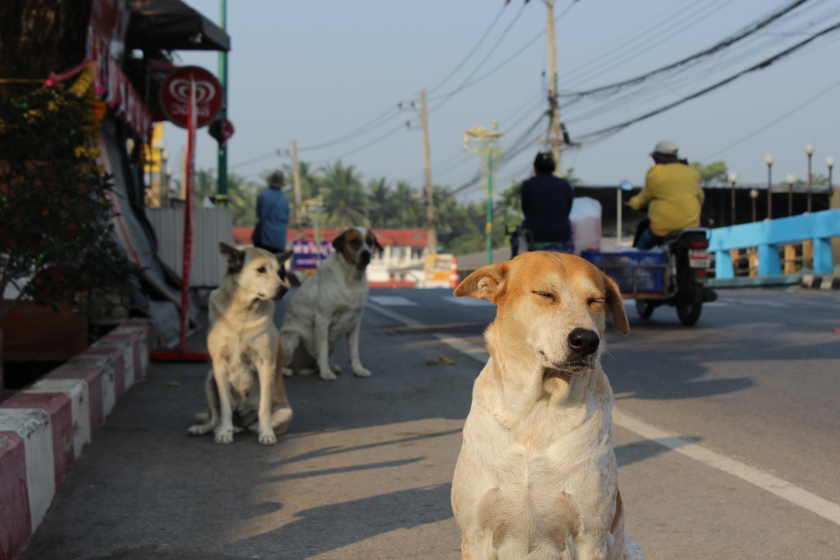 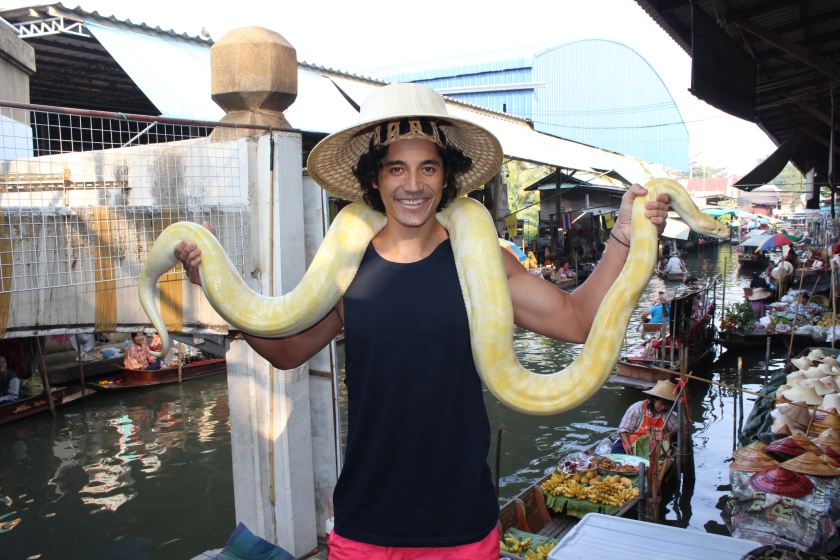 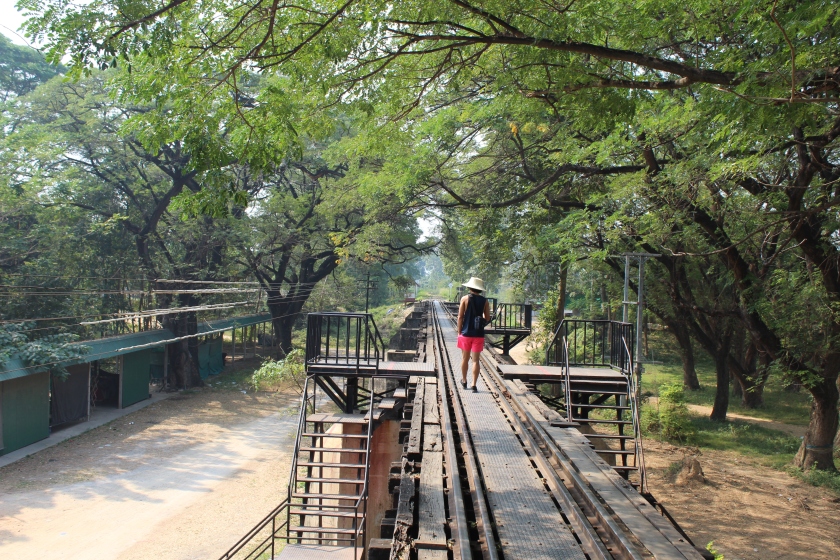 Now it was the time we were looking forward to most – to see the elephants!!! A bit of a drive later we spotted the first elephant of the day! It was from a different tour group where the tourists were riding on seats on the elephants. I wanted to make sure that we went to a place where you could ride bareback, just so the elephants are (hopefully) treated better. We arrived at the destination and got straight into it! I was the first to go onto Muraya, a 25 year old female. These creatures are just absolutely beautiful and I kind of had to pinch myself that I was up this close to one!!! It was totally surreal! Kel got onto his lady elephant, Dummy and we rode them into the River Kwai! I was quite scared at first as these animals are HUGE! Their hair is quite coarse and prickly but they have such gentle, loving eyes. I think, anyway! Haha. Straight into the water we went and the elephant guides made noises to get the elephants to spray water at us, fling us into the water and hold us by their trunks. It was such an awesome experience! We had the best time ever and thanks to Bow we got some amazing pictures to remember it by!

It was a long drive back to Bangkok – so much traffic in this city!!! We made it back safely, thanks to Adul, after 4 hours! We felt so bad for him as he had another 4 hours to go until he got home – just due to the traffic!! We wished them both well and said we’d be their driver and guide when they come to visit Australia!

Definitely a day we will never forget! 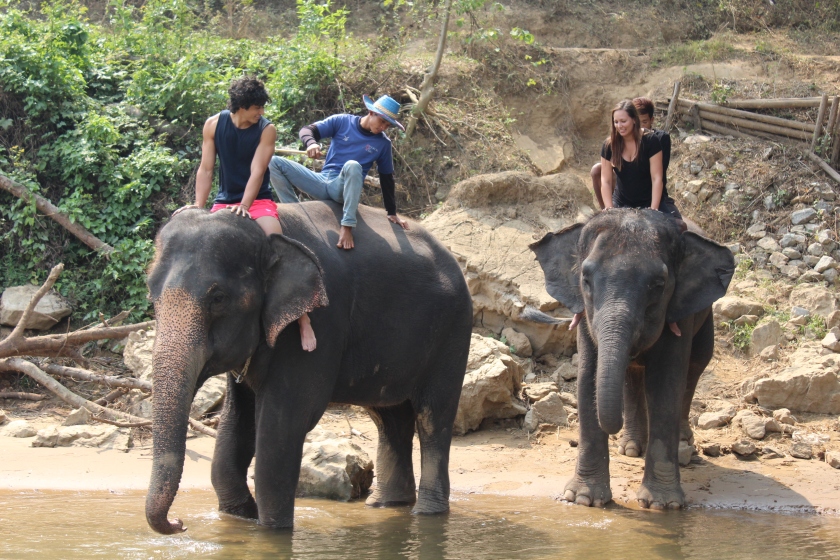 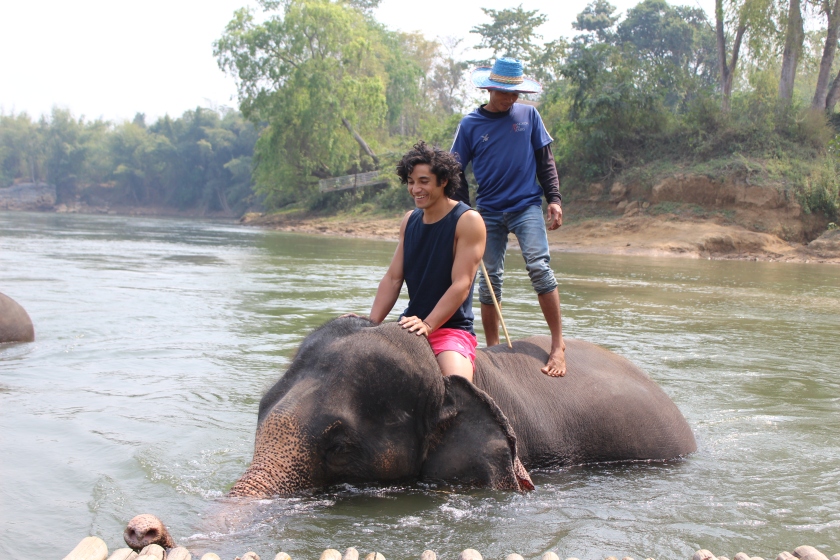 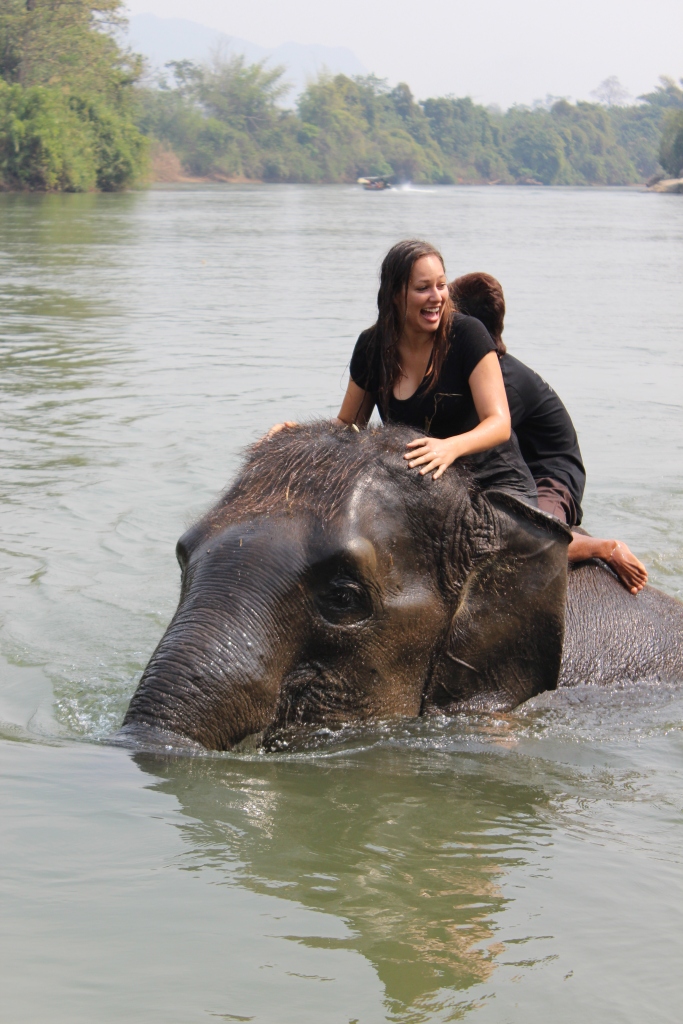 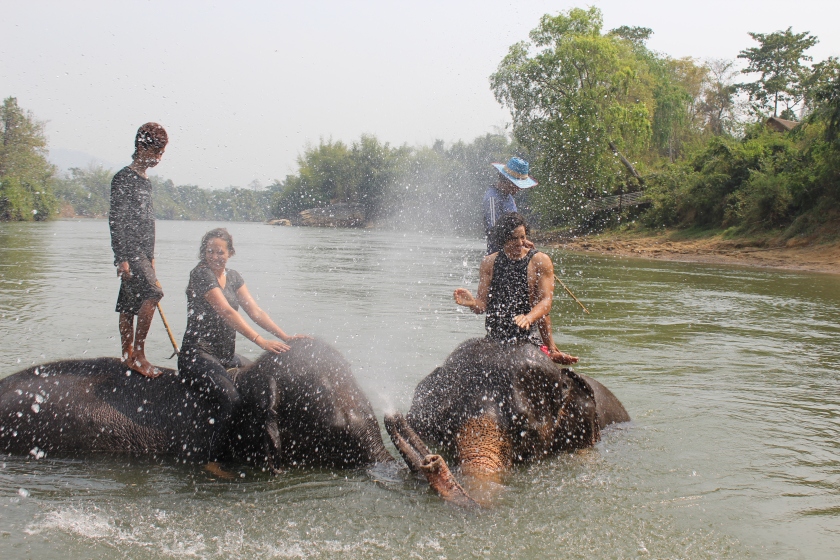 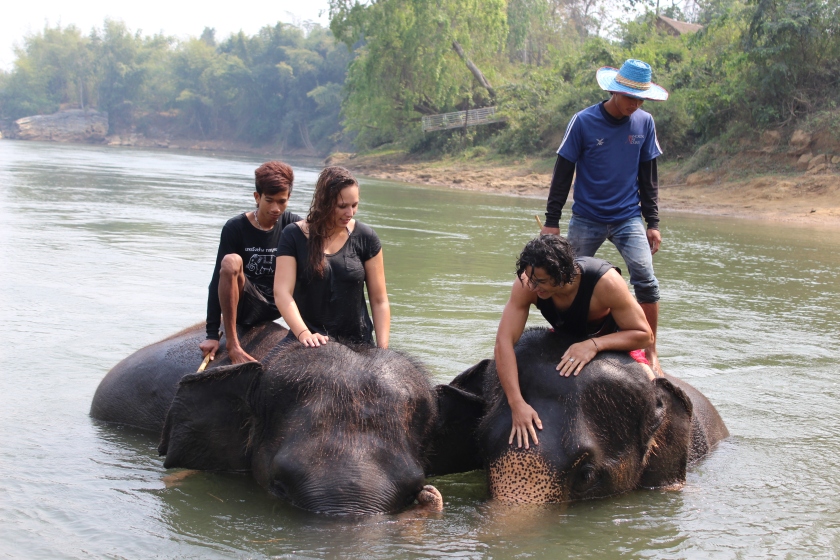 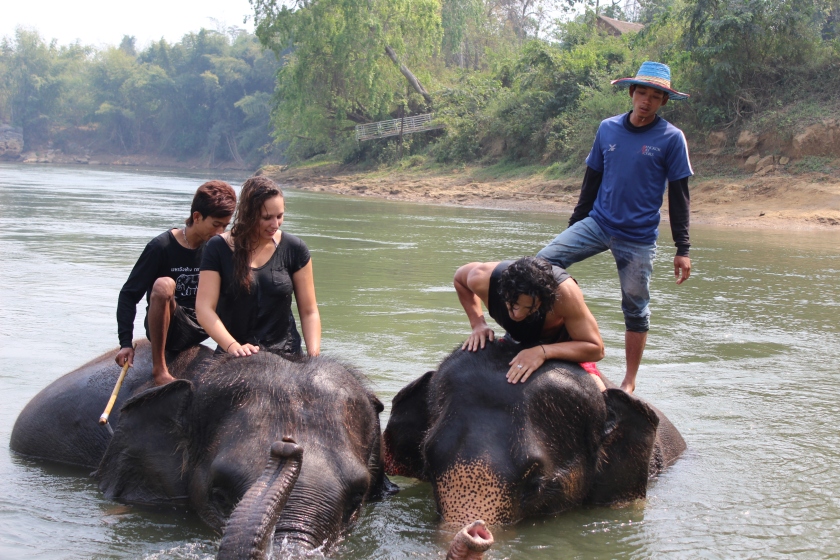 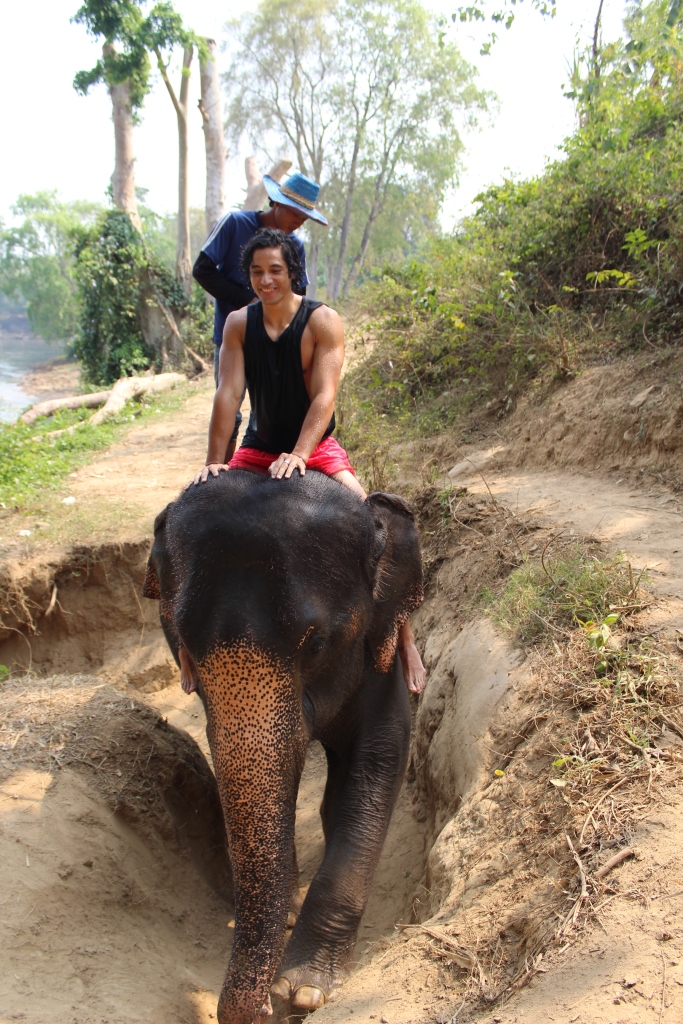 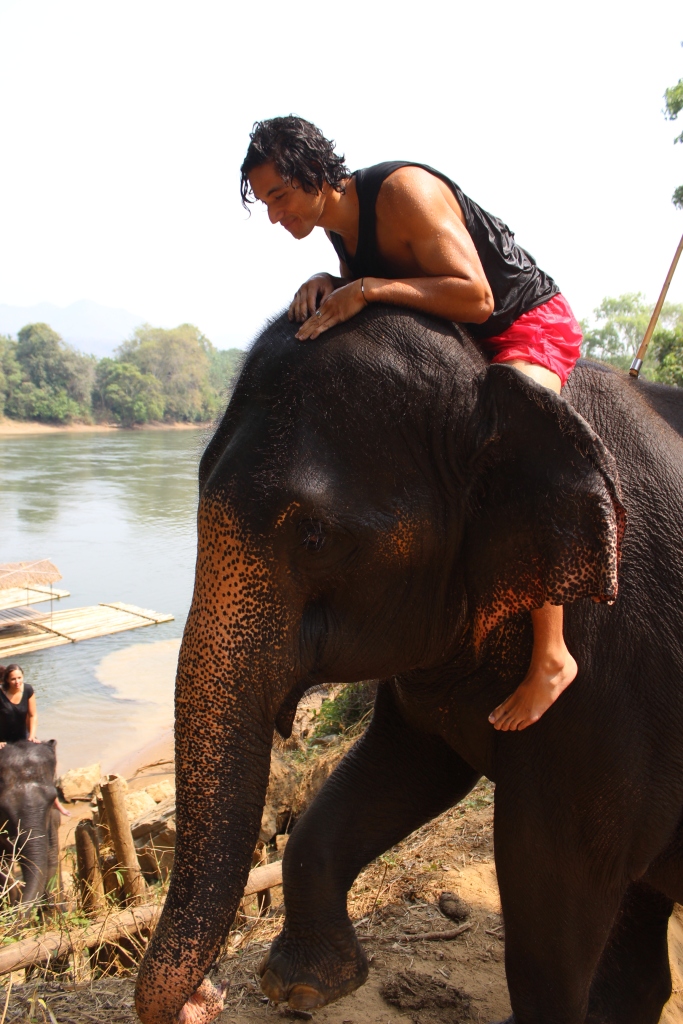 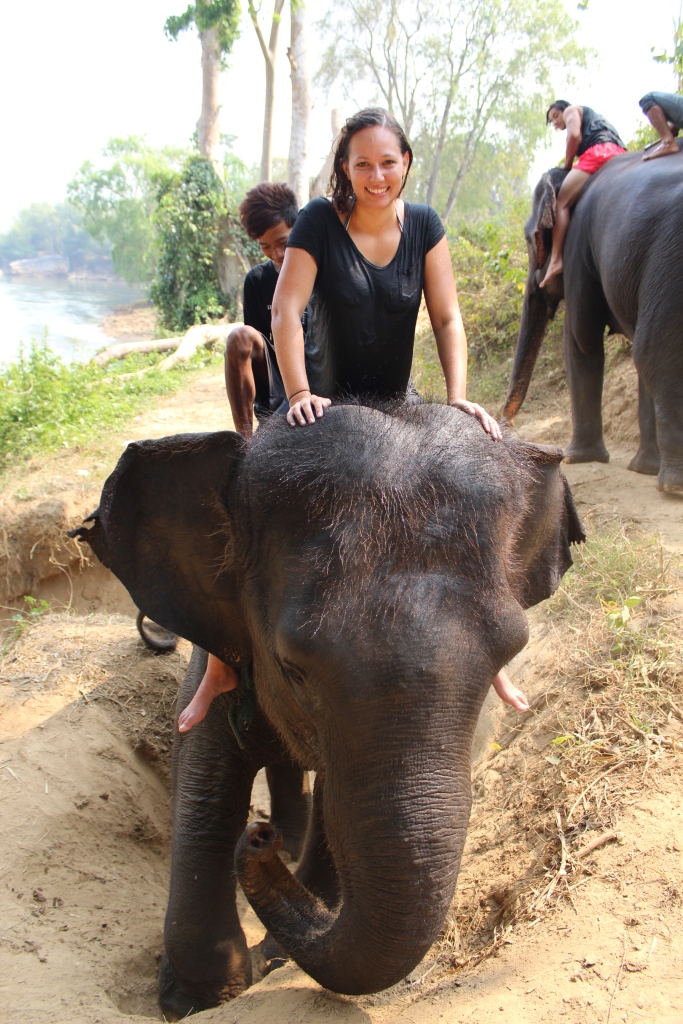 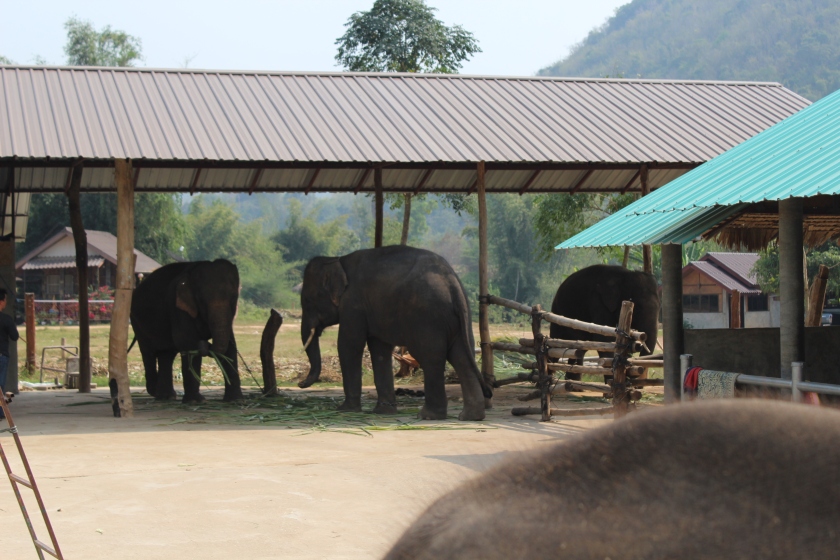